Venue and the location

The symposium will be held in Joensuu. The city was founded by the Czar Nicholas I of Russia in 1848. At the time, Finland was under Russian rule prior to gaining independence in 1917. Since then, Finland has been an independent republic with parliamentary democracy. The Joensuu of today has developed as well. Today the city is the capital of the region of North Karelia and has much to offer tourists. The city has ca. 76 000 inhabitants.

Download a handy map of the town centre, the accomoddations and conference venue - from here.

During the 19th century Joensuu was a city of manufacture and commerce. Starting in 1860 local sawmills started to grow and prosper as the city received commercial rights and restrictions against industrial activities were lifted. Water traffic improved with the building of the Saimaa Canal in 1856. This made possible lively trade between the regions of North Karelia, St. Petersburg and Central Europe. At the beginning of the 20th century Joensuu was one of the largest port cities in Finland.

The establishment of the University of Joensuu (now University of Eastern Finland) in 1969 and the further growth of the university have been crucial to the development of the city.  Today, The University of Eastern Finland is one of the largest universities in Finland. The research is ranked among the best in the world in several fields. UEF campuses are located in Joensuu and Kuopio, and the university is home to approximately 15,500 students and 2,500 members of staff. UEF has four faculties, which offer teaching in more than 100 major subjects. 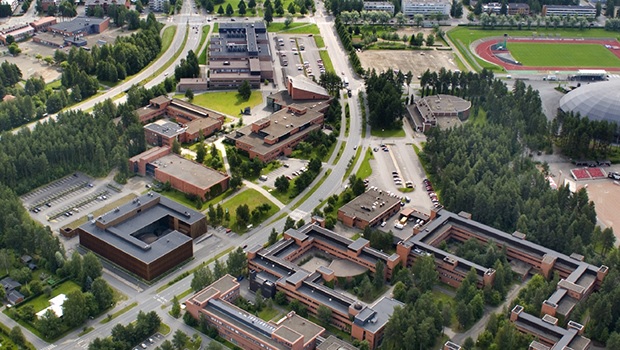